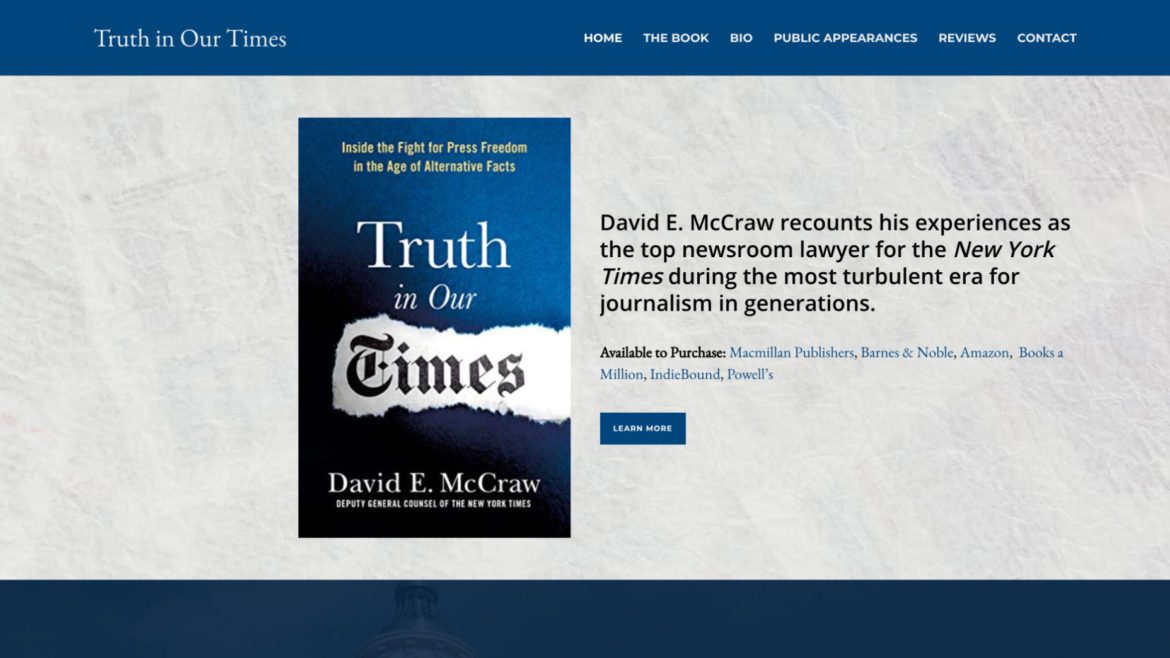 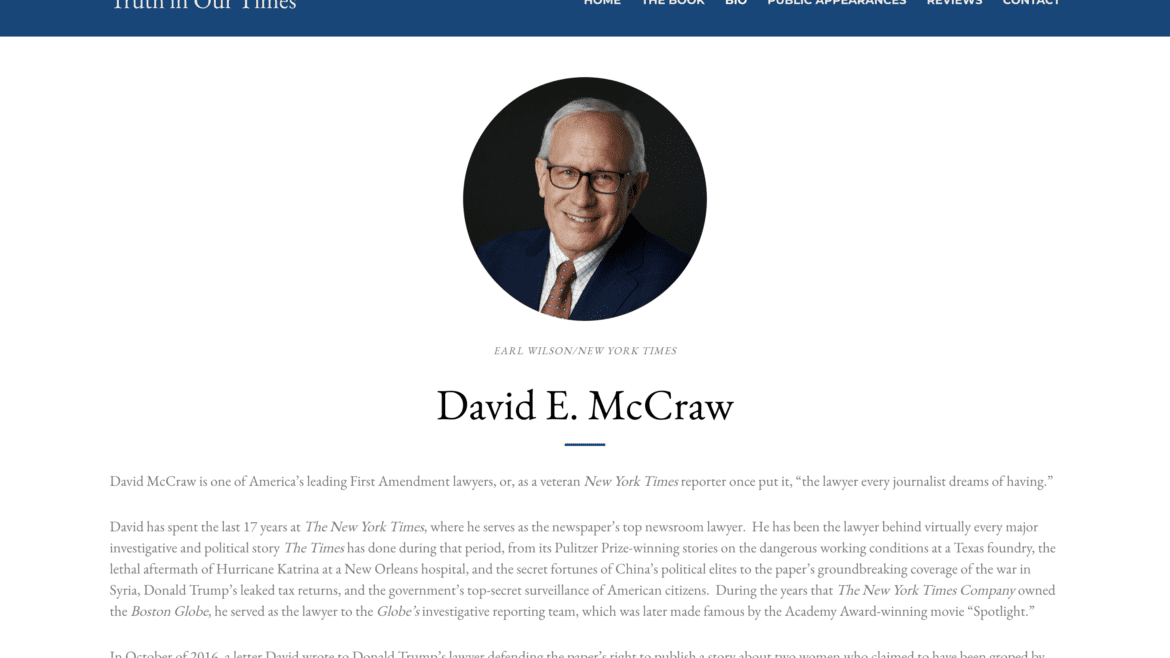 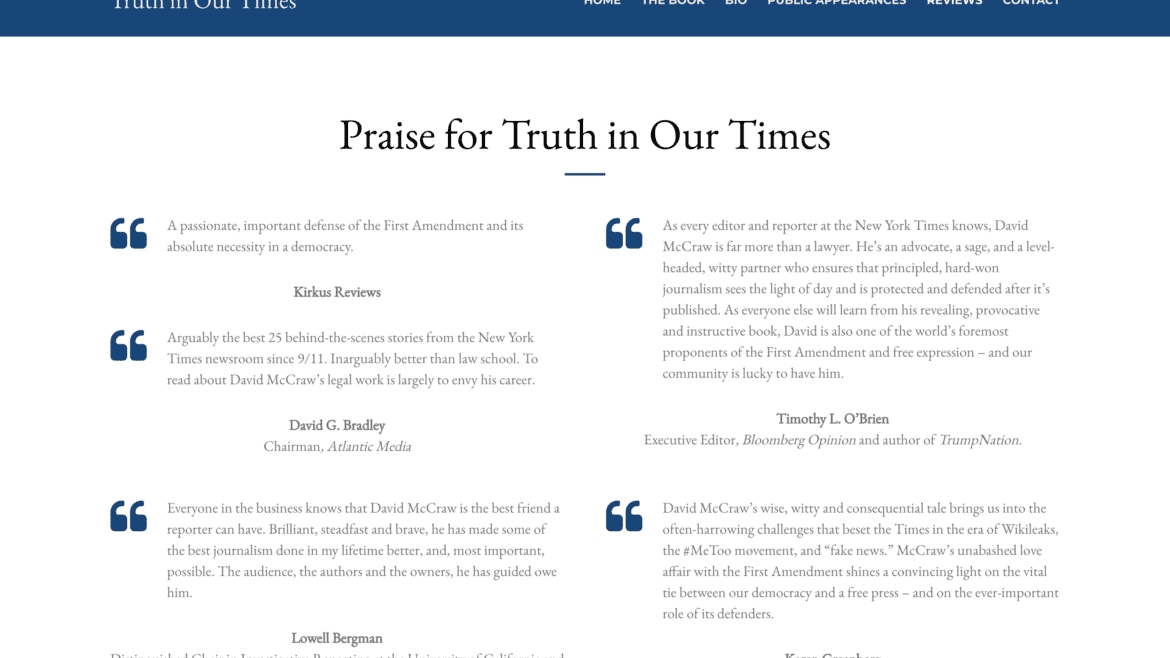 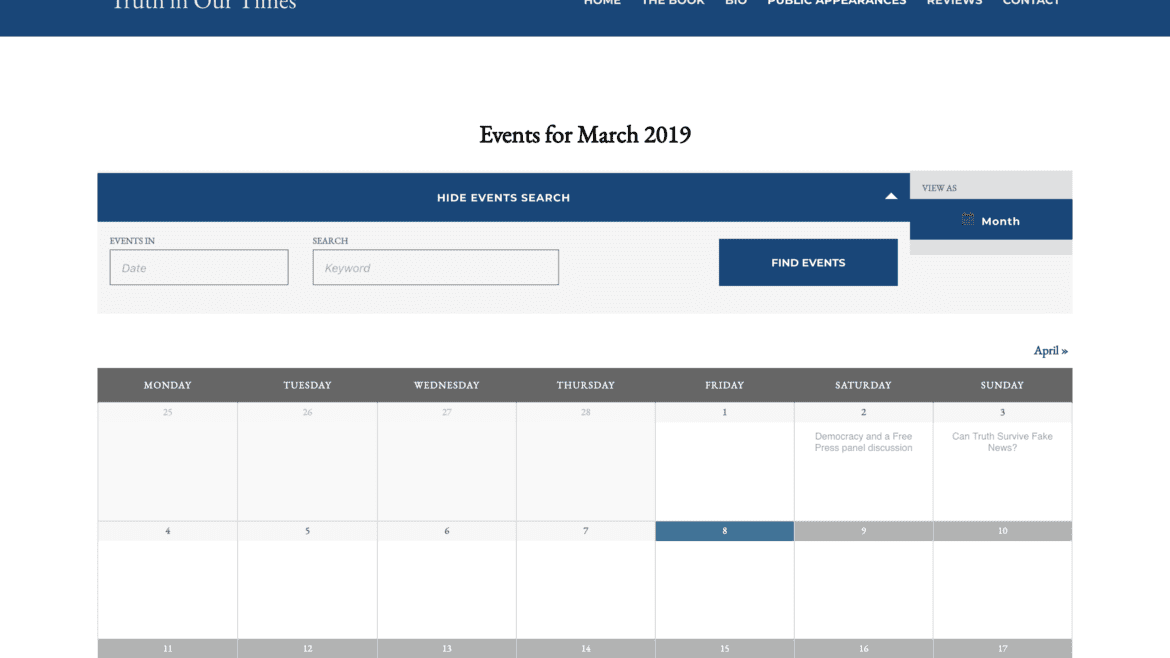 Truth in Our Times

This book by David E. McCraw recounts his experiences as the top newsroom lawyer for the New York Times during the most turbulent era for journalism in generations.

David has spent the last 17 years at The New York Times, where he serves as the newspaper’s top newsroom lawyer.  He has been the lawyer behind virtually every major investigative and political story The Times has done during that period, from its Pulitzer Prize-winning stories on the dangerous working conditions at a Texas foundry, the lethal aftermath of Hurricane Katrina at a New Orleans hospital, and the secret fortunes of China’s political elites to the paper’s groundbreaking coverage of the war in Syria, Donald Trump’s leaked tax returns, and the government’s top-secret surveillance of American citizens.  During the years that The New York Times Company owned the Boston Globe, he served as the lawyer to the Globe’s investigative reporting team, which was later made famous by the Academy Award-winning movie “Spotlight.” 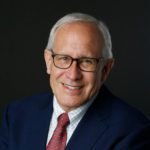 “I came to Andrea with a rush job.  She met every deadline and got my website up and running on schedule.  She took my fairly unformed design ideas and created a website that was exactly what I wanted. It was clear through out the process that she cared about quality and about making sure I was satisfied.  Her service was exceptional.”